Appendix to “To Donate or Not to Donate,”
a white paper on “Hayastan” All-Armenian Fund 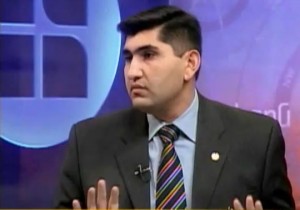 As I was working on the final part of the white paper, Part III was attracting more and more attention from people both pleased and displeased with activities of the “Hayastan” All-Armenian Fund (hereafter, HAAF or the Fund). As belated as it was, for the first time, Ara Vardanyan, the Executive Director of the Fund, reacted to the white paper in the form of a lengthy comment. He wrote: “As the present Executive Director of “Hayastan” All Armenian Fund I hereby state that articles published by Ara Manoogian are purely slanderous.”

Expressed through a number of comments, Ara Vardanyan’s main message was nothing new: “Is it possible to fail to notice the hundreds of schools, residential buildings, water mains, hospitals, gas pipe lines, and kindergartens, which “Hayastan” All-Armenian Fund has built in Armenia and Artsakh” (comment #6). With slight paraphrasing, this statement is voiced by nearly all Fund representatives and staunch supporters (Ara Vardanyan, Sarkis Kotanjian, Vardan Partamyan, Stepan Partamian and others) in response to accusations of corruption or low quality. Such response translates into a well-known saying: “Never look a gift horse in the mouth.”

I, Ara K. Manoogian, hereby declare that I have succeeded in personally noticing the hundreds of schools, hospitals, etc., which HAAF has built with quality often lower than the allocated funds suggest. The problem is that these projects are the natural responsibilities of the Armenian and Artsakh governments, which could potentially afford building more and better than that, provided that they had enough political will to reduce corruption and collect all taxes due from the poor and the wealthy alike. If these governments are not capable of doing this much, then what are their merits to run the Fund? As impotent as they are the leaderships of both countries have absolutely no place in the Presidium of the Board of Trustees of the HAAF and should therefore resign.

Despite the Executive Director’s attempts to discredit the research, there were people who spoke in defense of the white paper. After ‘K,’ an anonymous user, declared in a comment that, disheartened by the findings in the research, he/she was “now a FORMER donor,” (comment #6) a mysterious user under the pseudonym of ‘Pahakazor’ (Armenian for ‘patrol’ or ‘sentry’) joined the debate. As the nom-de-plume suggests, this person took up the role of the Fund’s guardian angel, fending off inconvenient opinions. In doing so, ‘Pahakazor’ demonstrated surprising similarities with the Executive Director of the Fund.

Like Ara Vardanyan, Pahakazor refused to understand why corrupt officials are featured in a paper about the HAAF; like Ara Vardanyan, Pahakazor reduced the white paper to a compilation of gossip; like Ara Vardanyan, the Fund’s guardian angel also wondered if those criticizing the Fund had ever bothered to visit the office in Yerevan or any of the project sites. Both posted comments under the English and the Armenian versions of Part III. The similarities of the standpoints made me wonder who Pahakazor really was. I had my strong doubts as to his/her identity, therefore I created a commenter, ‘Arthur,’ whose mission was to smoke the real person out of the nom-de-plume. In these fragments of different comments, Pahakazor presented himself as follows:

The first statement suggests that Pahakazor is a Diaspora Armenian who has lived in the U.S. since before the collapse of the USSR and is old enough to have provided humanitarian aid to Armenia back in 1988. The rest of the statements imply that this person is so preoccupied with the Fund, its projects, and safeguarding its dignity, that I felt the Fund should reward Pahakazor for his/her exceptional enthusiasm.

A Google search of the nom-de-plume led me to Asbarez.com, where Pahakazor had left a comment about the Ramgavar Azadagan Party U.S. Western region having unpaid pledges to the HAAF amounting to $100,000. Such knowledge was yet another indicator that Pahakazor had been closely associated with the Fund. When ‘Arthur’ asked ‘Pahakazor’ whether he/she worked for the Fund, the answer was negative: “Years back I volunteered answering phones during the Telethon” (comment #55). In response to ‘Arthur’s’ inquiry where he/she had dug out such confidential information, Pahakazor said: “I checked the info and it turned out to be true” (comment #25).

Barely had Sarkis Kotanjian, Executive Director of the HAAF U.S. Western Region, set foot in the battlefield of comments, when he accidentally stepped on a mine that blew ‘Pahakazor’s’ cover. The very first comment by Sarkis Kotanjian, whose highly controversial interview had served as an urge to embark on the white paper, came from the same Internet Provider (IP) address as those by ‘Pahakazor’s.’

For additional proof of identity, I contracted John Olsson, an independent forensic linguistics expert from the United Kingdom, Co-ordinator of the Forensic Linguistics Programme at the University of Bangor, North Wales, UK. In his report into the authorship of texts signed with the nom-de-plume ‘Pahakazor,’ John Olsson concluded: “In my opinion, on the balance of probabilities, Mr Kotanjan is a probable author of the texts attributed to ‘Pahakazor’. I suggest that the combination of features in common across the two text sets would most likely be used by only a very small percentage of the population.” Thus, my doubts were confirmed, and ‘Arthur’s’ mission was accomplished. The report in its entirety can be accessed here. The discussions with Pahakazor’s active participation can be found in the comments sections of “To Donate Or Not To Donate” (PART 3) and its Armenian version.

This discovery made me look back at certain statements made by ‘Pahakazor’ under a completely different light. For instance, I was trying to picture Sarkis Kotanjian in 1988, a boy in his early teens who lives in Yerevan but manages to send humanitarian aid to Soviet Armenia from the U.S. (comment #11). Below are a few more interesting fragments:

I will leave the first statement without comments. As for the second allegation, it is an outright lie, since Sarkis Kotanjian was the first to read Part I of this white paper, after I handed him a copy near the end of our face-to-face meeting. This means he had access to the paper not just a week but a couple of months before the comment was posted by ‘Pahakazor,’ his alter ego, who, in the third statement, denies altogether having met me in person. A few comments later, Sarkis Kotanjian eventually did admit having met with me in person to discuss the state of the Fund and other issues (comment #57). Sarkis Kotanjian also added in the same comment: “Yes, Ara Vardanyan is well aware of our meeting.” And this admission put Ara Vardanyan into quite an awkward position, since the latter had declared earlier: “As the director of the Fund’s executive board I have always been open to any dialogue and it surprises me that Ara Manoogian has never contacted us with a request to set up a meeting for an interview” (comment #5).

Thus, assuming a fake identity, Sarkis Kotanjian was praising and promoting the Fund by giving false testimony. By claiming to be a diligent donor, who has checked and is now completely satisfied with the way his money translates into projects, Sarkis Kotanjian misleads people into trusting and donating to an organization he works for.

The deception on the part of the top administration of the Fund is present in a number of comments the two executives left under Part III.

1. “ARMENIA FUND IS NOT CONTROLLED BY ANYONE,” emphasized Ara Vardanyan in the comment #33. But when a concerned commenter reiterates a point we made in Part I about the importance of changing auditing companies, Ara Vardanyan passed the decision-making privileges over to the Board of Trustees: “Firstly, your claims about Grant Thornton Amyot will be passed to them, and it will be up to them to follow up. As I have stated hundred times, we have a board of trustees which consists of 35members, 25 of which are representing Diaspora. These are the people who make the decisions concerning audit selection and other strategic things” (comment #46). This last segment—particularly, “other strategic things”—is eloquent about who controls the Fund: those ten who make up the Presidium of the Board of Trustees, the majority of whom are government officials, and who Mr. Vardanyan tries to circumvent. The detailed presentation of this topic can be found in Part I.

2. It was surprising to hear what one of these 25 members of the Board of Trustees, Ara Boyajian (Canada), had to say about the Fund at the end of the Board meeting on May 31, 2011:

“The general structure of the “Hayastan” All-Armenian Fund stands on a quite solid foundation, because it’s the only organization, which, indeed, is regularly audited by Western standards. And, as a matter of fact, we haven’t heard of any violation for the past 20 years” (watch the video).

It is unthinkable that someone on the Board could fail to have heard of any violations in the past 20 years, when even the incumbent Executive Director, Ara Vardanyan, admits it: “I surely can say that in some cases we did have problems with quality . . .” (comment #30). So does Sarkis Kotanjian, when he declares: “I said it during that meeting and I will say it now that as any organization, Armenia Fund in its 20 years of existence had its share of challenges through which it learned. […] Armenia Fund is not what it was back in 1994, 1998, 2003 or 2006 – it changes with time and it changes with people” (comment #57). Clearly, the right hand doesn’t know what the left is doing. Who could, after all, deny that the self-promotion of the Fund as dependable is misleading?

3. Whether or not the issue of alternating auditing firms was passed over to the Board of Trustees, as promised by Ara Vardanyan is unclear. However, it is a fact that this issue was not in the agenda during the annual meeting on May 31, 2011. The same commenter, who shared our concern about auditing, had also complained about forced donations. According to her, for years, AMD 1,000 has annually been withheld from the salary of her mother, a school teacher, to be donated to the HAAF without her consent. In reply, Ara Vardanyan qualified the practice of forcing donations as illegal: “I feel sorry that I have withheld AMD 1,000 from your mother’s salary. But it is not legal, and the headmaster of that school has to be held accountable. We don’t encourage such donations” (comment #6). To the best of my knowledge, neither has any headmaster been held accountable, nor has Ara Vardanyan or any of the members of the Board of Trustees addressed this issue.

Ara K. Manoogian is a human rights activist representing the Shahan Natalie Family Foundation in Artsakh and Armenia; a Fellow of the Washington-based Policy Forum Armenia (PFA); creator of www.thetruthmustbetold.com.