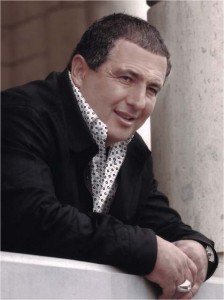 Five years ago, ahead of Armenia’s parliamentary elections, the publication of an interview with an elderly woman rocked the ship of the Armenian political arena very hard. If Facebook were as popular in Armenia back in 2007 as it is today, it would be more difficult for Gagik Tsarukyan to get his newly formed Party of Prosperous Armenia into the Armenian National Assembly.

In April 2007,  Zhamanak published a scandalous interview with Roza Tsarukyan, the mother of Armenia’s richest man, which shed light on a significant portion of about $500 million that Armenia’s state budget had been losing every year between 1996 and 2006. According to “Tax Potential vs. Tax Effort: A Cross-Country Analysis of Armenia’s Stubbornly Low Tax Collection,” an IMF working paper published in 2007, the Armenian budget has been bereft of these revenues due to tax under collection (http://zlmedia.files.wordpress.com/2011/04/imf-tax-issue.pdf).

Below is an excerpt from a Zhamanak journalist’s 2007 interview with Roza Tsarukyan, who runs the agricultural division of her son’s prosperous business empire (http://zlmedia.wordpress.com/2007/04/05/dod-tax/):

– Mrs. Tsarukyan, what’s the total number of the jobs you have created?

– Oh no, if I say it, the tax inspector will then come and ask “why don’t you show all the taxes?”

– Say as many as reported.

– Mrs. Tsarukyan, so is it true that you don’t show your taxes in full?

– That’s why people say that you evade taxes and then do charity for the people with it.

– And right we are! If we have been smart enough to do that, then we’re doing the right thing…

– Why don’t you pay your taxes, so that the state can give pensions, allowances?

Mrs. Tsarukyan was clearly trying to portray her son, Gagik Tsarukyan, as some sort of Robin Hood who steals from the perversely rich (Serzh Sargsyan) and gives it to the poor (the Armenian people). The glaring truth is that Tsarukyan was stealing from the state budget, which most probably serves as a food trough for Serzh Sargsyan, too. Being Armenia’s richest man, Gagik Tsarukyan would have to be engaged in self-robbing to deserve any comparison with Robin Hood. However, judging by the income he reported ahead of the parliamentary elections of 2012 (http://zlmedia.wordpress.com/2012/04/18/dodi-gago-income), he doesn’t seem to have made any progress in that direction.

What conscientious tax-payers of Armenia in 2007 expected to happen following that frank conversation was a full-blown investigation into the unintentionally disclosed information. But this interview only came to prove Gagik Tsarukyan’s invincibility in the face of the incumbent authorities. Even the obvious humiliation of the then Prime Minister Serzh Sargsyan, who allegedly lost big dollars in Monte Carlo while gambling, bore no visible consequences.

On the contrary, the relationship between Serzh Sargsyan and Gagik Tsarukyan has been growing warmer and warmer ever since those remarks by Mrs. Tsarukyan. First of all, her son was welcomed into the Government coalition in April 2008. Secondly, and notably, a month later Gagik Tsarukyan gave himself entitlement to a self-pardon, when he made the following statement on TV: “Let bygones be bygones, a line has to be drawn from now on, and everyone should work with documents and pay one’s dignified taxes.”

Thridly, in 2011 (about three years later), Tsarukyan signed a coalition memorandum, which was, in part, a guarantee of support for Serzh Sargsyan’s candidacy at the upcoming 2013 presidential elections. And last but not least, Serzh Sargsyan recently appointed Gagik Tsarukyan a member of the Armenian National Security Council. Among other issues, as A1plus reports, “customs and tax reform programs in 2011-2013 were discussed at the session” (http://zlmedia.wordpress.com/2011/04/22/tsarukyan-security/). It is quite ironic, that one of Armenia’s major tax evaders will henceforth be “reforming” the country’s tax system. As Jivani put it in late 19th century: «Գայլը վրան ոչխարի մորթի առած, գառներուն պահապան հսկող է դառած» (“Covered with sheepskin, the wolf has become a guarding warder for lambs”). 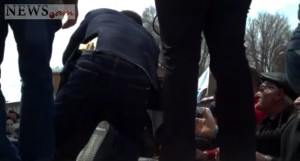 Serzh Sargsyan had the tax collectors go after another oligarch, Khachatur Sukiasyan, who not only refused to support him but joined his opponent, Levon Ter-Petrosyan during the presidential elections of 2008. It is obvious, the former head of the National Security and, currently, the self-declared president of Armenia, Serzh Sargsyan is concerned more about the security of his seat than that of the state and its citizens.

Ironically, today, Levon Ter-Petrosyan, whose political team has announced its intention to topple the current criminal regime, is flirting with one of the pillars thereof, Gagik Tsarukyan and his Prosperous Armenia Party.  The purpose has been speculated to be the weakening the Republican Party of Armenia. Never mind that since joining the government coalition in 2008 Prosperous Armenia shares the ruling party’s responsibility for all the socio-economic failures that have brought the country to its knees.