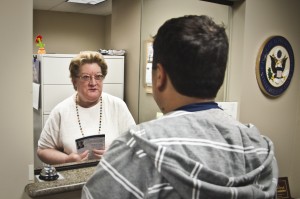 Burbank, CA – On March 21, 2013, Ara K. Manoogian, a human rights activist, visited U.S. Congressional Representative Adam Schiff’s office in Burbank, CA, to inquire whether there was any response from the Congressman to his open letter to U.S. President Barack Obama (or watch the video), dated March 12, 2013. Ann M. Peifer, District Director in Schiff’s Burbank field office, informed Manoogian that ‘he is aware of the letter’. However, she added that she did not have a conclusive answer that she could give to the press.

On March 22, 2013, a day after the visit to Congressional Representative Schiff’s Burbank office, Ara Manoogian received a phone call from the Congressman’s headquarters in Washington, DC. Timothy Bergreen, the Congressman’s Chief of Staff at the U.S. House of Representatives, informed Manoogian that he had called the White House at the Congressman’s request and asked them for a response to Manoogian’s open letter to President Obama. “He [Adam Schiff] has also asked to send it to the State Department, and so we are going to send it to our contacts there and try to get it to the Secretary’s hands and to get you a written response from both of them,” he said. Bergreen added that it may take weeks before a response can be expected.

Manoogian had begun his hunger strike on March 17, 2013, as a sign of disapproval for U.S. President Obama’s premature congratulatory note to the incumbent, Serzh Sargsyan, regarding the latter’s re-election in Armenia’s presidential election. He is holding his hunger strike in front of the Adam Schiff’s Burbank field office at 245 East Olive Avenue, Burbank, CA 91502. Manoogian further alludes to overwhelming evidence that the election on February 18, 2013, was rigged in favor of said incumbent. U.S.-born Raffi Hovannisian, who, per the Central Electoral Committee, is the presidential runner-up, has been holding a hunger strike in Yerevan, Armenia, since March 10, 2013, challenging the skewed official results and demanding that Serzh Sargsyan step down. 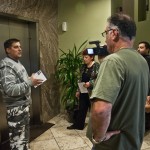 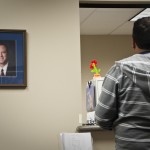 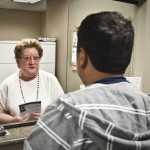 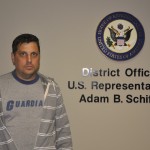