Home » Armenia » Corruption in Armenia » The Individual Who Is Speaking out against the Catholicos Is in an Obvious Mentally Unbalanced Condition, Fr. Vahram
July 17, 2013  Add comments 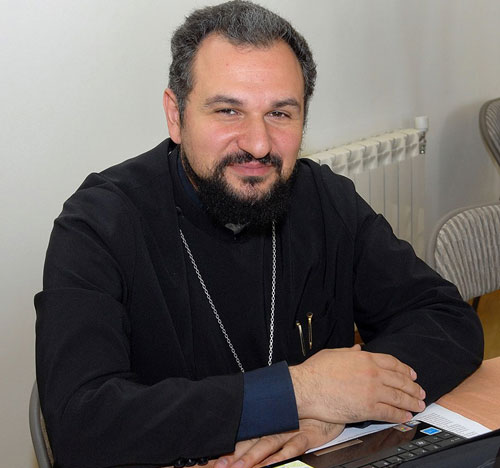 Lately, an episode of The Truth Must Be Told TV Show prepared by our fellow Armenians in the U.S. has appeared on the Internet. It explores the steps Catholicos Garegin took, following Prime Minister Vazgen Sargsyan’s death to pay off his debts formed as a result of election fraud.

Regarding this video, Rev. Fr. Vahram Melikyan, Director of the Information System of the Holy See of Etchmiadzin, in an interview with a correspondent of ASEKOSE.am, said:

“From the very first day, an opinion had been expressed with regard to Ara Manoogian’s recent irresponsible pronouncements directed at the Catholicos of All Armenians and the Armenian Church: it is unacceptable and reprehensible. The individual is in an obvious mentally unbalanced condition, when he can no longer differentiate between the acceptable and the unacceptable, between the truth and accusation.

In my view, the “evidences” he has brought out are based on mere hearsay, rather than facts and are especially based on the “testimonies” of such individuals, whose rank and performance over the years already impugn what has been said. Consequently, my advice to the Armenian public would be to simply ignore the babble of the authors of this pathetic enterprise and to be supportive of the Armenian Church and the fulfillment of its sacred mission in the Armenian people’s life.”