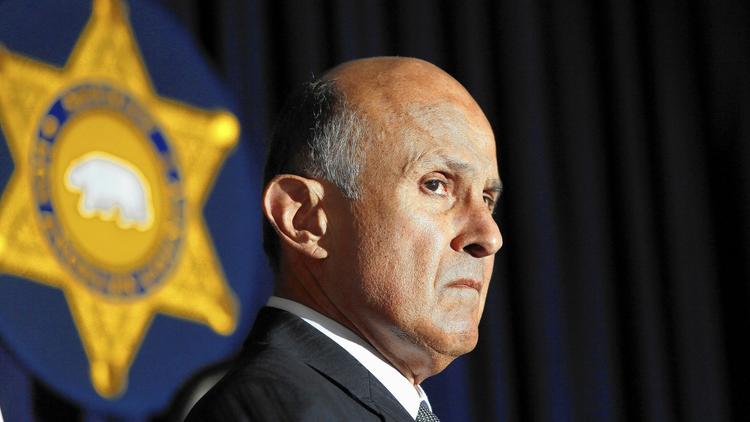 The FBI does not exclude the possibility that three states – Armenia, Azerbaijan and Turkey – may have attempted to bribe the former Los Angeles County Sheriff Lee Baca.

He held Los Angeles County Sheriff’s elected position for about 15 years, from 1998 to January 2014, when he announced his early resignation. He stepped down amid reports in media that his subordinates, including his nephew, were periodically abusing jail inmates in Los Angeles.

As a matter of fact, Lee Baca visited Armenia in December 2006. He met with Serzh Sargsyan, then Secretary of the National Security Council and Defense Minister. In 2011, Baca met with Artsakh’s President Bako Sahakyan in Los Angeles, CA.

Azerbaijani sources claim that Baca also has close relations with Elin Suleymanov, Azerbaijan’s Ambassador to the U.S. A few years ago, he was instrumental in organizing Baca’s meeting with Azerbaijani President Ilham Aliyev.

The Los Angeles Times also writes that a part of the investigation involving former Los Angeles County Sheriff deals with his Deputy Sheriffs, who, according to the FBI, are suspected of serious abuses, while the boundaries of their authority remain blurry. Among the Deputy Sheriffs is Tevan Aroustamian whose annual salary, per ABC-7, was $120,000. In fact, Aroustamian was also present during Baca’s meeting with Serzh Sargsyan in 2006.

A few months before the Sheriff’s resignation, in November 2013, Aroustamian appeared in another scandal, when, during a banquet organized by Hayastan All-Armenian Fund, he was caught on camera making threats against Ara Manoogian, a Los Angeles resident. The altercation ensued after Ara Manoogian tried to share information about the abuses of Hayastan All-Armenian Fund.