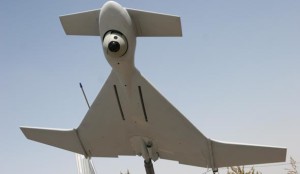 IAI Harop unmanned combat air vehicle (UCAV) developed by the Israel Aerospace Industries was used in combat for the first time, on April 4, 2016, by the military of Azerbaijan against Nagorno-Karabakh Republic (which Armenians call by its ancient name, Artsakh). The deployment of this UCAV, armed with 23 kg warhead, resulted in the death of seven Armenians during a ceasefire violation by Azerbaijan.

Soviet leader Gorbachev’s Perestroika and Glasnost opened a new phase in the Karabakhi people’s struggle in 1988. The local authorities of Nagorno-Karbakh Autonomous Oblast (NKAO) announced their decision to secede from the Azerbaijani SSR and reunite with Armenia. Gorbachev turned down the request. And the Soviet Azerbaijani authorities organized pogroms of ethnic Armenians in Sumgait, Kirovabad (now Ganja) and Baku.

On September 2, 1991, the Council of People’s Deputies declared Nagorno-Karabakh an independent Republic within the borders of NKAO and the bordering Shahumyan Region of the Azerbaijan SSR. This declaration was followed by a referendum on the status of the NKR, on December 10, where the absolute majority voted in favor of independence.

As a result of this unrelenting determination, Azerbaijan escalated the conflict to large-scale war against Nagorno-Karabakh.

In February 1992, the Organization for Security and Co-operation in Europe (OSCE), including member states of the United States, France, and Russia, initiated an arms embargo against Armenia and Azerbaijan. This embargo was intended to help the OSCE to seat the opposing sides at the negotiating table.

A ceasefire agreement was eventually reached in 1994, brokered by the OSCE and, particularly, Russia, after Azerbaijan lost control of Nagorno-Karabakh and seven adjacent regions. More than 30,000 people died as a result of the war.

In the 22 years that followed, a peace treaty has not been signed and the ceasefire was violated with growing frequency, resulting in the death of hundreds of Armenian and Azeri military personnel. These borderline cross shootings are commonly initiated by Azerbaijan. For over two decades, unsatisfied with the status quo, the Azerbaijani authorities have been threatening to start a war against Nagorno-Karabakh and take control of the independent republic.

Though the OSCE request for embargo has never been repealed, Russia supplies arms to both Armenia and Azerbaijan. However, oil rich Azerbaijan has had an additional major arms supplier, Israel. Some of the early purchases took place before the ceasefire agreement, but the majority came later, when the oil prices in the world market skyrocketed. In 2012 alone, Azerbaijan purchased $1.6 billion worth of weapons from Israel, including sophisticated reconnaissance and attack drones from Israel Aerospace Industries.

Many Israelis have raised concerns over their government’s arms deal with Azerbaijan. In his article, “Israel Must Not Sell Arms to the Azeris” (Haaretz, October 26, 2014), Israeli historian Yair Auron writes: “Israel must refrain from such acts also because we are a people of Holocaust survivors. A tragic crime and humanitarian disaster could take place in the centennial year of the Armenian genocide, which continues to go unrecognized by most countries [including Israel]” (see http://www.haaretz.com/opinion/.premium-1.622701).

In mid-August of 2014, at the height of clashes at the line of contact between Nagorno-Karabakh and Azerbaijan, Eitay Mack and Yair Auron submitted an urgent request to the Arms Exports Department of the Israeli Defense Ministry to stop Israel’s weapons sales to Azerbaijan. They demanded that Dubi Lavi, the head of that department, ‘use his authority to revoke or delay the corresponding permits issued by Defense Ministry, at least until the end of the current escalation.’

They received an ambiguous response, which implied undeterred resolution to continue the arms exports: “We have closely examined the statements in your letter. Security export is carefully examined <…> considerations of human rights and conflict zones worldwide are seriously weighed.”

On April 2, 2016, Azerbaijan committed the deadliest violation of the armistice since 1994, launching a large-scale offensive all along the line of contact. In a matter of a few days, the death toll among the military forces and the civilians exceeded 200 or, according to other sources, 2,000. Russia managed to broker a shaky ceasefire on April 5, 2016, which, nevertheless, has not put an end to Azerbaijani President’s war rhetoric.

Two days after this major offensive, Tali Ploskov, Deputy Speaker of Israel’s Knesset, paid a visit to Armenia to express support for Armenia and condemn Azerbaijan’s deadly attacks against Nagorno Karabakh. At a meeting with her Armenian counterpart Hermine Naghdalyan, Ploskov described Azerbaijan’s actions as terrorism against the entire region (see http://panarmenian.net/m/eng/news/209585). 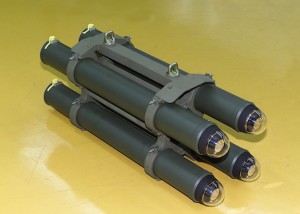 In an interview to the Voice of America’s Azerbaijani Service, on April 8, 2016, Alexander Murinson, a researcher from the Begin-Sadat Center for Strategic Studies at Bar-Ilan University of Israel, admitted to the pivotal role of Israel’s arms supply in the commencement of the Azerbaijan’s large-scale offensive. “On March 31, Israel supplied anti-tank laser missiles to Azerbaijan. Azerbaijan is the first country to purchase these missiles, which has, certainly, given advantage to its military capabilities,” he said (see Amerika icmalı and “Voice of America: On March 31, Israel supplied laser anti-tank missiles to Azerbaijan”).

“I am ashamed,” said Israel Charny, a prominent Israeli historian, executive director of the Institute on the Holocaust and Genocide in Jerusalem, about the 3-day April war in Nagorno-Karabakh and Israel’s contribution to the casualties, in his article, “Would Israel Sell a Used Drone to a Hitler?” published in Haaretz (as quoted by The Armenian Weekly). 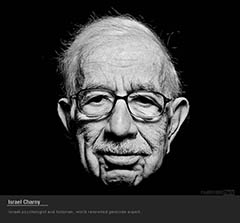 “If the Nazis were not at all murdering Jews but ‘only’ were murdering say hated Slavs, Gypsies, and Jehovah’s Witnesses; and if our beloved State of Israel were in existence; would you agree to our selling arms to the Nazis?” writes Charny.

Israel made billions of dollars by violating the arms embargo against Azerbaijan. But Israel’s lucrative deal with Azerbaijan has cost tiny Nagorno-Karabakh scores of lives and has encouraged Azerbaijan to resume all-out war.

Since its formation in 1949, Israel has received over $120 billion of aid from the United States, of which over $83 billion is military assistance. As a country that receives more aid from the U.S. taxpayers than any other country, Israel should have honored the U.S. arms embargo against Azerbaijan. In reality, Israel has been working against U.S. interests, by undermining its powerful ally’s costly efforts to achieve a peaceful settlement of the conflict.

Pursuant to an understanding signed between the U.S. Department of Defense and the Israeli Ministry of Defense, the U.S. has the de facto veto power over Israeli third-party arms sales that the U.S. deems harmful to its national security interests. (See “U.S. Foreign Aid to Israel” by Jeremy M. Sharp)

In order to enforce the embargo ignored by Israel, we, the people of the United States of America, must petition our government to take immediate action against Israel for supplying weapons to Azerbaijan contrary to U.S. interests.

WE PETITION THE OBAMA ADMINISTRATION TO:

IAI Harop unmanned combat air vehicle (UCAV) developed by the Israel Aerospace Industries was used in combat for the first time, on April 4, 2016, by the military of Azerbaijan against Nagorno-Karabakh Republic, resulting in the death of seven Armenians during a ceasefire violation by Azerbaijan.

In 2012 alone, Azerbaijan purchased $1.6 billion worth of weapons from Israel, including sophisticated reconnaissance and attack drones from Israel Aerospace Industries.

We, the people of the United States of America, demand the immediate suspension of all U.S. aid to Israel until the latter revokes all arms export permits to Azerbaijan. Israel must cease any arms exports as long as the OSCE arms embargo is in effect and until a peaceful settlement of the conflict is reached.

Ara K. Manoogian is a human rights activist representing the Shahan Natalie Family Foundation in Artsakh and Armenia; a Fellow of the Washington-based Policy Forum Armenia (PFA); creator of www.thetruthmustbetold.com and author of the white paper “To Donate Or Not to Donate”, an in-depth study on the activities of the “Hayastan” All-Armenian Fund.