Home » Diaspora » Corruption » We Are not a Nomadic (Wandering) People
January 12, 2015  Add comments 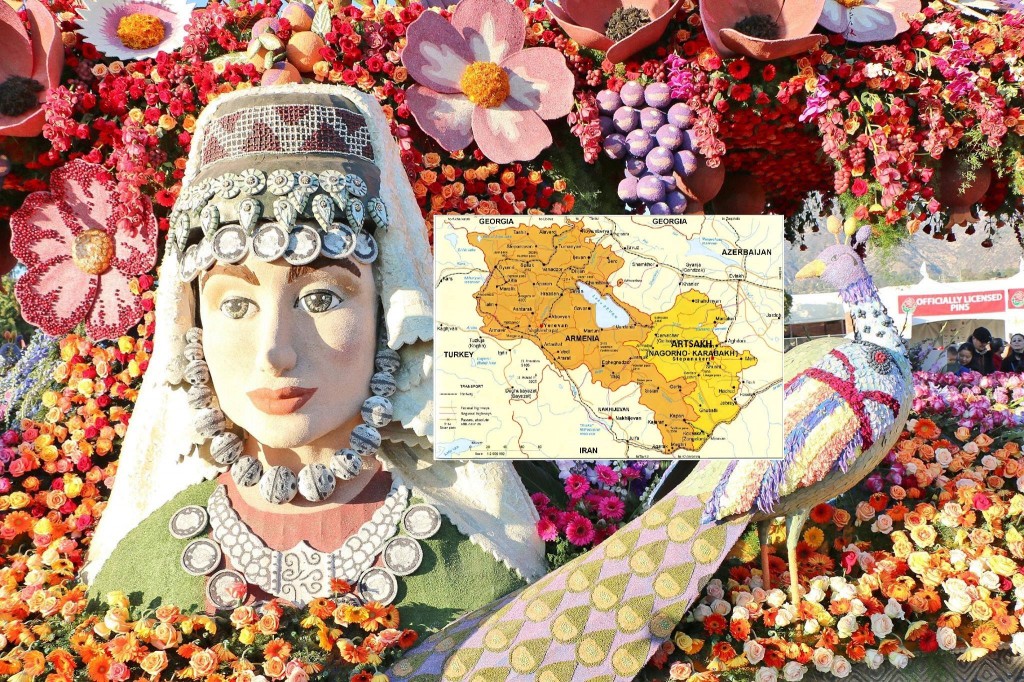 The Channel 5 spokesperson came out with an attention-getting, but also with a vilifying expression, when on January One, during the Pasadena Rose Float Parade, he characterized the Armenian people as Nomadic.

I am interested in the history-savvy “author” of this irresponsible and ignorant statement and the circumstances of it being voiced. However, the statement itself is, of course, more interesting to me.

The adjective nomadic comes from the word Nomad, which in Armenian signifies թափառական (wanderer) or վաչկատու (nomad).

This word is explained in Armenian and other-language dictionaries and encyclopedias in the following manner: “Nomad-Nomadic –  a people constantly subject to moving from place to place in need of food, plentiful water and shelter,.” And in comparison with the word civilized,  this definition receives a negative connotation. In Arabic, this word is bedou (بدو), from which comes the negative term bedevi (bedouin).

If the Armenian people during the first period of their formation may have been wanderers, in that case, all the peoples, until their ultimate formation, have had a nomadic condition. During the first years of humankind’s formation, when in the Bible the fratricidal Cain was called nomadic (Genesis IV.12), then the ancient peoples – Sumerians, Akkadians, the Armenian, Babylon, in their embryonic stage – would have been more likely called nomadic. The question, however, is as follows -­ did they remain wanderers?

The ancient Romans heading south from the north, from Scandinavian areas, as wanderers, came to Rome and, having established a population there, gave birth to the greatest civilization of humankind, and for centuries they became a people ruling the world. And today, when the illustrious PAX ROMANA (Roman Peace) is named after them, to come and say that the Romans were Nomads (Wanderers)?

How is it possible to call the Armenian people, having a 10,000-year history and having survived to this day, Nomad? How can one consider the Armenians a nomadic people, when for centuries, they have lived on their ancestral and their own lands and had Haikian-Armenakian, Yervanduni (Orontid), Artashesian (Artaxid), Arshakuni (Arsacid) and Bagratuni (Bagratid) dynastic kingdoms, which have had connections with Babylon, Persia, Rome, Byzantium and Arab kingdoms; and in Cilicia, three kingdoms, the Rubinian (Rubenids), Hethumian (Hethumids), and the Lousignans? How can one refer to the Armenian people as nomadic, when they have had capital cities enriched with culture and genius, such as Erebuni, Armavir, Yervandashat, Tigranakert, Dvin, Artashat, Vagharshapat, Kars, and  the incomparable Ani, with its thousand and one churches. I think that the spokesperson probably thought that the 1001 churches were 1001 tents, and considered us tent-dwelling, gypsy, wandering nomads.

Some will say: “During the last hundred years, the Armenians have been wanderers.” Not at all! Yes, one hundred years ago we became displaced, but not wanderers! Wandering is an undertaking with acceptability; displacement is violent and forced. The native of Marasht did not leave behind his superb Cilicia in order to seek food in the deserts of Syria; nor would the Armenian desert Erzroum, surrounded by idyllic rivers, to wander in the deserts of Deir Zor and Shaddadeh, for the love of having camels, tents, and wells.

It would have been better if the Channel 5 spokesperson, had read the script that was in his hands, rather than reported incorrect information .

I have said what I had to say. It remains to find out who is or are the authors of this “misinformation”.

We will know in the near future.