Home » Armenia » Corruption in Armenia » All about Ara Manoogian’s Hunger Strike for Democracy and Rule of Law
March 15, 2013  Add comments 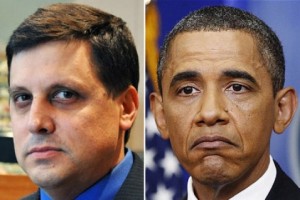 This post includes comprehensive information and links regarding Ara K. Manoogian’s hunger strike that starts on Sunday, March 17, 2013, as announced in his Open Letter to U.S. President Barack Obama.

FACT: There is overwhelming evidence that the Armenian Presidential election held on February 18, 2013, was heavily rigged in favor of the incumbent Serzh Sargsyan.

Statement on the 2013 Presidential Elections in the Republic of Armenia by Civil Society,

FACT: According to WikiLeaks, the U.S. Government is well aware that Serzh Sargsyan is one of the most corrupt leaders among Post-Soviet republics. As Armenia’s #1 oligarch, he has manipulated the country’s laws and rigged elections in order to control at least half of Armenia’s most lucrative sectors and enterprises.

As a U.S. citizen, born and raised in California, I, Ara K. Manoogian, kindly request that U.S. President Barack Obama refrain from condoning human rights violations, disrespect for democratic values, election fraud and usurpation of power by the President of another country. Serzh Sargsyan first came to power after rigging the Armenian Presidential Election of February 19, 2008. At that time, ten people were killed and hundreds were wounded during post-election rallies protesting election fraud.

I believe it is our duty as citizens of the United States of America to make sure that the actions of our own President-elect truly reflect the core democratic principles of our great nation, particularly, Justice, Equality, Truth and Popular Sovereignty.

I shall continue my hunger strike until U.S. President Barack Obama retracts his congratulations, which legitimize the official Armenian Presidential election results, skewed in favor of the corrupt incumbent, Serzh Sargsyan, and ignoring popular sovereignty as a cornerstone of democracy.

If U.S. President Barack Obama does not provide a favorable response to the open letter, Ara K. Manoogian will launch a hunger strike on Sunday, March 17, 2013, at 4pm, in front of the Congressional 28th District Office, which is located at 245 E. Olive Avenue, Burbank, CA 91502 (next to Burbank City Hall).

I have been on hunger strike since March 17, 2013. Five days ago, I wrote an open letter to U.S. President Barack Obama, with demand that he stop supporting corrupt regimes. His response to my open letter will end my hunger strike. On April 2, 2013, I am embarking on a cross country trip across the U.S. to Washington, DC, to continue my hunger strike in front of the White House.

I am looking forward to making stops in different cities during my trip to raise awareness about how the U.S. Government misrepresents the U.S. citizens by condoning election fraud in sovereign nations and tolerating their authoritarian leaders. To make my educational cross-country trip to Washington, DC, a reality, please make a tax-deductible contribution of $1, which symbolizes a single vote for Democracy, at One-Dollar Democracy fundraising page. I will also graciously accept any contribution exceeding $1, as it will help me achieve this goal faster.

Ara K. Manoogian is a Burbank resident and business owner of Magnolia Park Lock Shop. He is also a human rights activist;  investigative journalist; Artsakh representative of the Shahan Natalie Family Foundation; co-author of Desert Nights, an investigation into human trafficking in Dubai; founder of www.TheTruthMustBeTold.com

Below are postcards (high-resolution) disseminated among public to raise awareness about an instance of injustice that has resulted in a U.S. citizen’s hunger strike. You are welcome to download and share them: 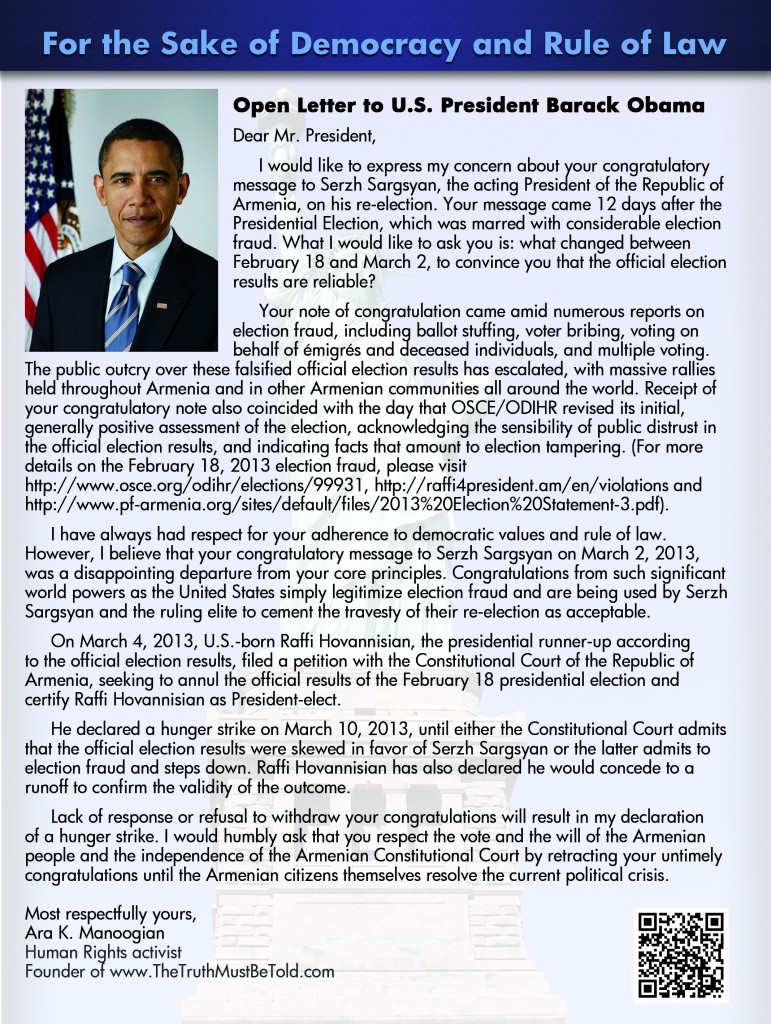 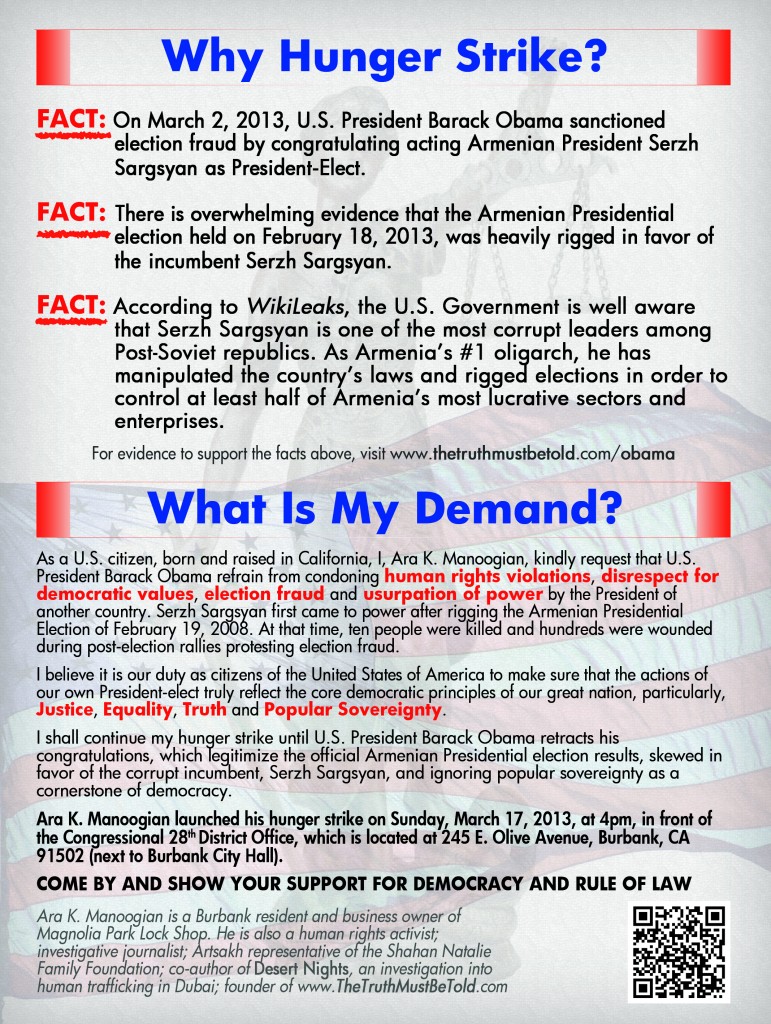