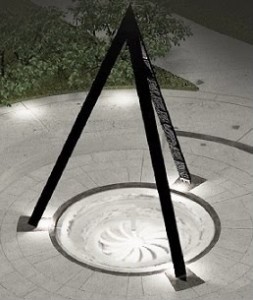 The resignation of William M. Paparian, former mayor of Pasadena, CA, as chairman of the board of directors of the Pasadena Armenian Genocide Memorial Committee (PAGMC) sent a shockwave through the Armenian community of California. In his press release, published on September 30, 2014, he made serious allegations about wrongdoings by a number of board members.

Тo verify some of Paparian’s allegations and to get to the bottom of the matter, I launched an investigation of my own. Although I am a supporter of the new Armenian Genocide memorial, based on my initial findings, I have to withdraw my backing for the PAGMC as long as it is engaged in illegal activities.

The PAGMC was established in 2012 to design, build, and maintain an Armenian Genocide public memorial in the city of Pasadena, California. William Paparian, the first-born son of an Armenian Genocide survivor and a reputable criminal defense attorney with over 35 years of experience, was the founder and sole incorporator of the PAGMC.

First of all, I verified Paparian’s shocking claim that ‘the board had been unintentionally receiving donations for the memorial illegally’ since its establishment until September 11, 2014. According to the Office of the Attorney General, that is the date when the PAGMC was registered as a Charitable Trust. Consequently, by September 11, 2014, the PAGMC had illegally solicited and received over a hundred thousand dollars in donations, including my own made on May 23, 2014.

The day after the whistle was blown, on October 1, 2014, I wrote to Edna Karinski, Chief Executive Officer of the Community Foundation of the Verdugos, the role of which is to provide a repository for the funds raised toward the memorial. I presented the above findings, demanded the immediate return of my $500 donation and encouraged her to extend this option to all donors who made contributions prior to September 11, 2014.

Furthermore, I expressed my indignation that a project which is intended to memorialize the victims of the Armenian Genocide is being used by Anthony Portantino, a PAGMC board member and a candidate running for the California State Senate, to advance his political career, boost his image in the Armenian community, and thus his chances of garnishing its financial support for his upcoming campaign. This not only constitutes moral depravity, but is absolutely prohibited, in accordance with the IRS regulations for 501 (c)(3) Public Charities (see Compliance Guide for 501 (c)(3) Public Charities).

Karinski forwarded my email to the board of the PAGMC.  Two days later, I received a reply from Bernard Melekian, former Chief of Police of the City of Pasadena and the interim chairman of the board. “You should be aware that the allegations that were made in the paper are currently under a thorough internal review. We anticipate completing this review within the next two weeks,” he wrote promising to bring my request before the board at their next meeting. I asked him to provide me with the following documents:

3. Documentation from the State of California Franchise Tax Board (FTB) which shows that PAGMC is tax-exempt.

4. Documentation to show that PAGMC was in good standing with the State of California at the time of soliciting and receiving my donation.

According to the IRS, “tax-exempt organizations must make annual returns and exemption applications filed with the IRS available for public inspection and copying upon request.” One does not even have to be a donor to request said information. Instead of providing me with the requested documents, different members of the PAGMC board and the Community Foundation of the Verdugos sent me a number of emails asking for the check number associated with my contribution and the bank upon which it was drawn.

Paparian alleges in his press release that the organization’s status issues have stemmed from the board treasurer’s failure ‘to follow California law regarding legal filings.’ Having received no documents from the board, as of October 10, 2014, and its internal review pending, I will have to return to this issue at a later time. Until then I will move on to Paparian’s other statements that are easier and less time-consuming to verify. 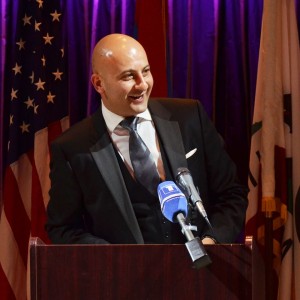 David George Gevorkyan, the board’s treasurer, is also accused of having provided false information about his employment, education and credentials. Paparian writes that the information was ‘corroborated by a background investigation by another municipality, which found that the treasurer had made material misrepresentations about his professional and educational background in his application for appointment to an advisory committee and that he had been removed as treasurer of an Armenian community organization in Pasadena for the same reasons.’ That municipality, based on my online research, is the City of Glendale, where he is currently an Audit Commissioner. I contacted the municipality and was told that it may take up to 10 days to produce a copy of the background investigation report in question. Instead of just waiting, I was able to conduct a simple fact-filled background investigation in a matter of hours.

Judging by its format and content, David Gevorkyan’s biographic information posted on www.pasagmc.org (now offline) was an earlier version of the one presented in his Linkedin account. In the most recent version, Gevorkyan has listed California State University-Northridge (Bachelor’s Degree, Public Administration), University of California, Berkeley (Berkeley Executive Program (EIP), Management of Government Organizations), and Association for Financial Professionals (Treasury and Cash Asset Management) under education.

According to www.studentclearinghouse.org, David Gevorkyan attended CSU-Northridge from 2004 to 2009. But no confirmation was provided whether he received any degree. The same website was unable to find his name in the database of UC Berkeley graduates or attendees.

Prior to October 7, 2014, David Gevorkyan claimed in his Linkedin profile that he was a treasury professional certified by the Association for Financial Professionals. It is unclear whether the publication of Paparian’s press release was the trigger, but that assertion is omitted in his current Linkedin profile. 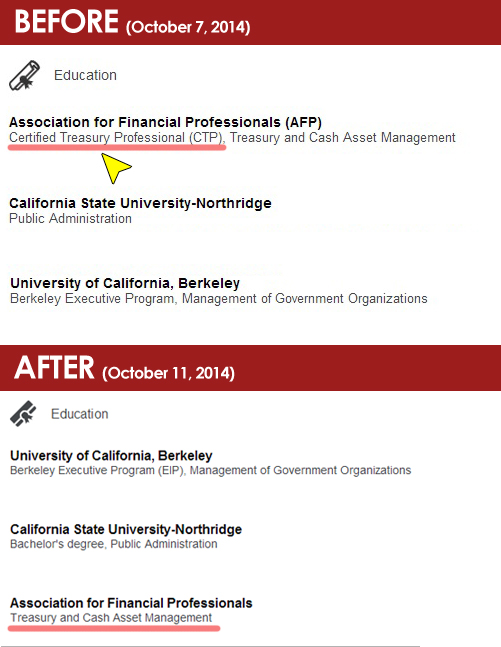 Glen Douglas from the Certification Department of the Association for Financial Professionals (AFP) informed me that David Gevorkyan was not a certified treasury professional. Gevorkyan enrolled on September 30, 2011, to take a certification test but failed. Nicole Bennett, a customer service representative of the AFP, said that Gevorkyan had taken a second test in March 2012, which he also failed. According to the AFP records, he was a member of the Association from September 1, 2011 to March 27, 2013. Bennett added that anyone can become a member regardless of their educational or professional background. Paying the annual membership fee of $495 is the only requirement.

As for Gevorkyan’s employment history, according to his Linkedin account, he is currently an Audit Commissioner at City of Glendale, CA (see http://www.ci.glendale.ca.us/audit_committee.aspx) and Bond Oversight Commissioner at Glendale Unified School District.

He lists the following as his past employers:

Richard Davis, Budget Administrator at the City of Pasadena, clarified that David Gevorkyan worked for Pasadena not as an employee but under ‘personal services contract.’

Prior to that contract, Gevorkyan had been an unpaid intern for the City of Pasadena. Later on, when one of Davis’ ‘peers in the Finance Department needed some help,’ David Gevorkyan was hired for the first time as an independent contractor. “And then about six months ago or so, I brought David in for another 2-3 months, it was about 3 months, to help us through our budget presentation,” he said. 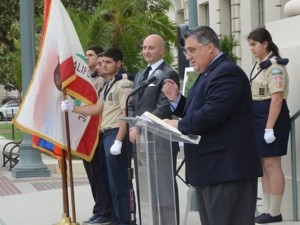 Although a formal background check and finger-printing had been conducted, Davis said Gevorkyan’s credentials had not been verified before hiring him as an independent contractor. He was satisfied with his previous experience as an intern. “Having that background was advantageous,” he said. As a result, Gevorkyan was contracted as a budget analyst to help prepare the budget of the City of Pasadena.

Elisa Cox, Assistant City Manager at the City of Sierra Madre, said that David Gevorkyan had not been a paid employee. He was a volunteer who worked with her. “We were at the Recreation Department at that time. He was doing some research, some surveys, some data mining,” she said.

Based on these glaring inaccuracies alone, David George Gevorkyan must immediately resign from his position as the board’s treasurer and give up his membership of the PAGMC. Likewise, Anthony Portantino must also leave the board, since his current political activity jeopardizes the charitable status of the PAGMC. Regardless of the results of the board’s internal review, I am going to continue with my investigation.

I hope that this crisis finds fair resolution, so that this very important memorial is consecrated in Pasadena, CA, on April 24, 2015, the 100th anniversary of the Genocide. This memorial has special significance for me as a testament of survival just as I perceive the Operation Nemesis, responsible for the act of retribution against the chief perpetrators of the Armenian Genocide from 1920 to 1922 – Talaat, Enver, and Djemal Pashas. Having escaped execution in Turkey, they were regrouping to finish writing the last chapter – the complete annihilation of the Armenian people from the face of the earth. But Operation Nemesis aborted their efforts once and for all. My grandfather, Shahan Natalie, alias Nemesis, was a key organizer of that secret operation.

Ara K. Manoogian is a human rights activist; a Fellow of the Washington-based Policy Forum Armenia (PFA); creator of www.thetruthmustbetold.com; author of the white paper “To Donate Or Not to Donate”, an in-depth study on the activities of the “Hayastan” All-Armenian Fund