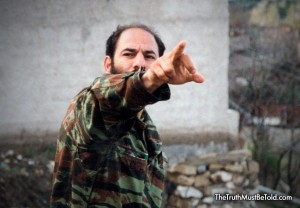 Seventeen years following his martyrdom in Artsakh, Armenian national hero Monte Melkonian is once again a victim of defamation. I came across a very interesting interview on Radio Open Source with an Armenian decorated filmmaker and documentarian Ted Bogosian. The subject of the interview was Ted’s vocation — seeking the truth and telling it.

Open Source Radio host Christopher Lydon introduced Ted Bogosian as a truth hound and put the ‘what is truth’ question to him (see:

As someone committed to truth seeking, I was at first thrilled to learn about an alternative experience from a prominent Armenian until I heard the following statements made by him: